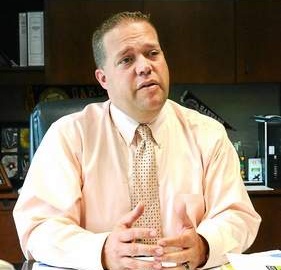 Rochester Hills Mayor Bryan Barnett invites a limited number of residents to an oil and gas community meeting instead of an official public hearing for all residents.

Rochester Hills Mayor Bryan Barnett, with Rochester Hills’ City Council approval, has leased city parks by signing an oil/gas exploration lease with Jordan/West Bay Oil.  Additionally, drilling leases are being proposed in high density residential neighborhoods and school zones in Rochester Hills. This industrialization of the City would also require a nearby processing facility as well as new pipelines from the well head to that local facility.

For months, residents and the Don’t Drill The Hills group have been asking the City for a well-publicized, open, balanced, and official public hearing.

Instead, on April 23, the Mayor authored a letter inviting a selected list of residents (only 5 subdivisions) to an informal “open house” meeting at the private university, Rochester College, for May 5th at 5:30pm. The expert panel chosen by the City: an oil company representative and an official(s) from the State agency DEQ, Office of Oil and Gas Management.  Despite requests for a balanced, objective presentation, including a counter-point to drilling proponents and non-City legal and environmental experts, none will be presented at this meeting.  Oil and Gas Exploration Information Meeting notice

NOTE: this is not an official City public meeting subject to Open Meetings Act, nor will it be on public record.  It is on private property which enables organizers to limit attendees, speech, and behavior on premises.

Why doesn’t the City want this on public record? Why not notify ALL residents?

Why not provide a balanced panel?

WHAT CAN YOU DO?

Public information is for ALL.   A few points regarding Public Hearings:

Communicate your opinion in writing or by phone to our city decision makers: