Don’t Drill The Hills, (DDH) is responding to the October 26, 2015 press release issued by the City of Rochester Hills. The City’s release states it is a “City and Oil Company” response to “false allegations” contained in a DDH October 20, 2015 announcement regarding discovery of a surface oil drilling lease within the City.  Let’s address point by point.

THE BOTTOM LINE:  the City’s 10.26.15 press release clearly is NOT a response to DDH’s 10.20.15 announcement. It appears to be a misdirection to deflect the public from the facts and the significance of these surface leases next to homes and schools. It is also a disappointing stunt by City officials in an attempt to discredit a reputable local non-profit made up of residents they’re charged with serving.

Links to supporting documents referenced above:

Information detailing the oil and gas contracts for City parks 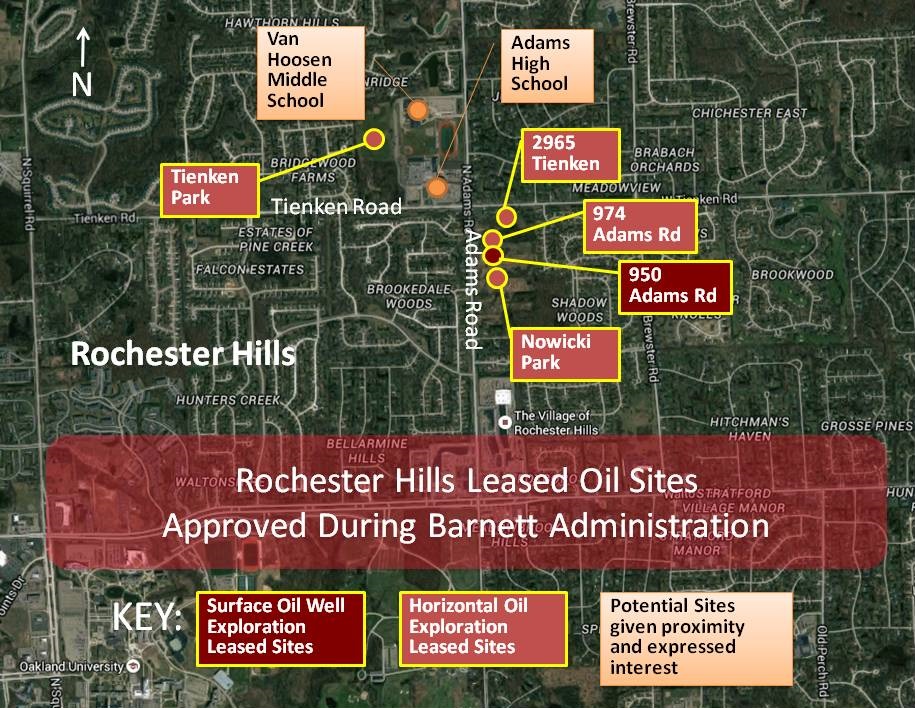 Don’t Drill The Hills is an award-winning non-profit that has gained statewide recognition over the last two years. Its team of volunteers consists of what you would expect from our well educated and high achieving community – business and legal professionals from many disciplines. DDH’s goals include reducing the risks of oil exploration in high density residential and K-12 school areas and maintaining the citizens’ rights and voice in public property decisions.