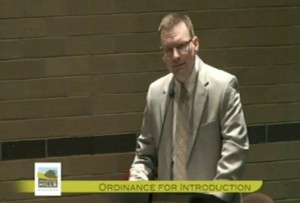 There’s much danger inherent in oil and gas operations.

Rochester Hills, MI, May 2, 2005: Just after 10 pm a 26″ gas main ruptured. Local residents evacuated their homes for at least 2 hours. Adams High School was briefly opened as an emergency shelter.

Leoni, MI, June 13, 2013: Despite an explosion at an oil well, West Bay Exploration claimed there are no safety concerns about their wells in the area. Truck driver, Greg Peacock died nine days later.

Carbon County, UT, January 28, 2014: A cracked wellhead sent oil flying more than 100 feet into the air. It is unknown just how much oil was lost. Total cleanup time was estimated at two weeks.

Bobtown, PA , February 12, 2014: A new well exploded. The blaze burned so hot three fire companies were unable to approach within 900 feet. A specialty company from Houston flew in to stop the blaze which burned for 5 days. Roughneck Ian Mckee’s remains were found after 8 days.

Kingsley, MI, March 9, 2014: An oil well fire occurred. Rick Henderson, the DEQ field supervisor, said he was ‘reasonably sure’ the fire was due to a mechanical problem. He also stated that, to clean-up “they’ll probably have to remove some soil…but we [won’t] know the full extent until they get to it.” Henderson optimistically stated ”inspectors expect no lasting environmental damage.”

Near Chicago, March 28, 2014: BP doubled its estimate of the crude oil it spilled into Lake Michigan, a source of drinking water for 7 million Chicago residents. BP had placed the spill at nine to 18 barrels, but based on the amounts recovered, it increased the estimate to 39 barrels, or over 1600 gallons.

New Mexico, April 3, 2014: Four workers were injured in an oil well explosion last Wednesday morning. A pipe released down the well created back pressure of air and crude oil. When the pressure released, the pipe shot out of the well injuring the workers. Police are investigating whether a hazmat release took place during the explosion.

Of course, nothing in life is risk free. However, wisdom tells us, instead of merely accepting risk, that you prevent or mitigate the risks you can.

Most of these are local or very recent examples. We’ve been told, in this forum, that we shouldn’t resort to NIMBY – “not in my backyard.” But you would have to be greedy or foolish to welcome this activity in a high density “bedroom community” with meager 450 ft setbacks.

An ordinance is a good step. But it doesn’t do enough. There are no provisions for pipelines, or mandatory water quality testing. Rethink the lease.