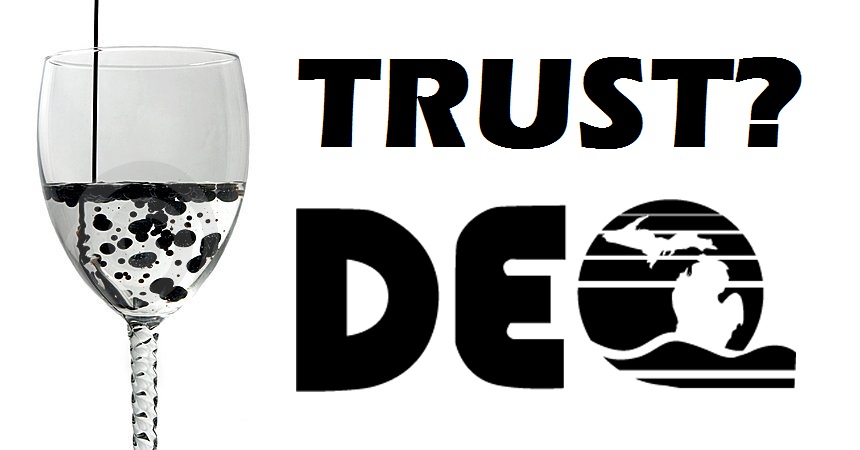 Trust and The MDEQ’s Less Than Stellar Record

In 2014, the City of Flint connected its water system to the Flint River under the auspices of a state-elected emergency manager.  More than a year later, after non-stop complaining about the taste, smell and safety of their drinking water, the citizens of Flint have finally been heard.

We now know that the city’s connection to the Flint River with its inherent bacterial and chemical mix led to an increase in health issues. Although the MDEQ initially issued a violation of the Safe Drinking Water Act in January 2015 regarding the maximum contaminant levels of trihalomenthanes (TTHM), a byproduct of disinfectants injected into the Flint’s water system, it noted that the issue would soon be resolved.  Interestingly, prior to that date, General Motors had determined that the same water was too corrosive for usage in its engine plant.  Since then, we have also learned that the Flint River treatment caused lead to leach into its system.  Needless to say, it is no secret that these chemicals have a profoundly negative and potentially deadly impact on humans.  And yet, testing by the DEQ up until October 2015, found that the drinking water met its standards – this was in the face of findings by other institutions that were in direct contradiction.

After months of MDEQ’s continuing attempts to discredit health professionals, all the while denying the existence of drinking water issues, the agency finally issued a statement in October disclosing: “It recently has become clear that our drinking water program staff made a mistake while working with the City of Flint.” (*1)  Adding insult to injury, we now learn that the drinking water supplied by the Flint River may have a strong connection with the deadly Legionnaires’ disease outbreak in Flint over a year ago.  Although the MDEQ was aware of this connection in late 2014, it did not comment on the issue at public forums regarding the city’s water safety.  In a recent interview, County Health Department Chief Officer Mark Valacak notes that the investigation was hindered by both the DEQ and the City of Flint: “From the DEQ, we kept getting the comment that the water met all the DEQ standards (but) that didn’t necessarily protect the public health.” (*2)

Given such a history, the salient question is: Can the DEQ be trusted when dealing with Oil and Gas Exploration issues? Can residents count on the DEQ to protect the public health?   With oil drilling, the stakes are equally serious, considering that the drilling will occur in densely populated residential areas.  What about the chemicals injected into the ground to retrieve oil and gas?  What about the chemicals released into the environment by the extraction process? What about the waste chemicals and their storage after oil and gas recovery?  Will these toxic by-products of oil and gas extraction be denied or ignored as health issues manifest themselves, or will we learn after the fact that the Office of Oil, Gas and Minerals made a mistake and would now like to offer an apology?