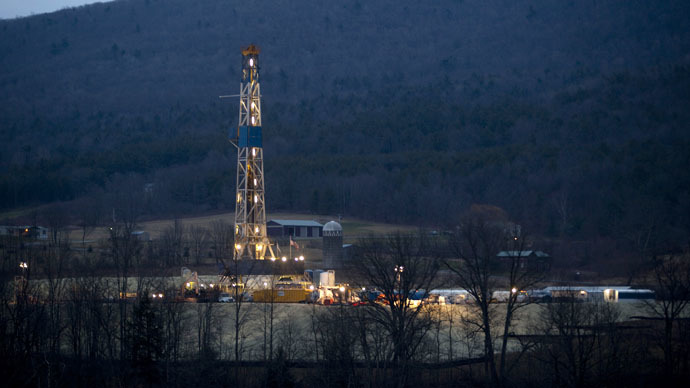 In a study published this week, drilling chemicals were found in the drinking water of some Pennsylvania households. “These findings are important because we show that chemicals traveled from shale gas wells more than 2 kilometers (1.25 miles) in the subsurface to drinking water wells.”

Oil and gas drilling is proposed for Michigan’s Oakland and Macomb counties.  A large percentage of the homes in the targeted high density residential areas still use wells for water.  The oil drilling company, West Bay Exploration, says they will not be using ‘fracking’ for their oil wells in these areas. This includes the well in Shelby Township, Michigan, which West Bay says will be started this coming week. At these wells, West Bay is proposing using ‘acid matrix stimulation‘. That means they will use chemicals to ‘stimulate’ the flow of oil and gas from the rock.

Whether it is called fracking or not, it still is of concern to neighboring residents because it uses high volumes of chemicals forced into the earth which can contaminate the ground water and the air. Garth Llewellyn, the study’s lead author, puts it this way…
“I really don’t care if it’s fracking or if it’s just drilling fluid – if it’s hazardous, it’s hazardous to your health,” Llewellyn said. “That’s really what we’re trying to emphasize and make sure the general public understands – to stop thinking just about hydraulic fracturing and more about the overall process of oil and gas development.”

Please donate to help us with our public outreach efforts and legal costs.