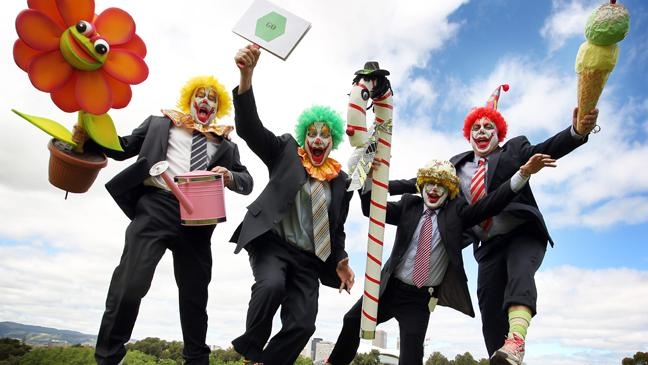 Time and time again we at Don’t Drill the Hills, Inc. (DDHI) have had to explain to our Rochester Hills neighbors that this situation with oil and gas drilling in residential neighborhoods is not over.  Again, with the passing of the City Council moratorium on August 26th – this is no time to declare victory and go back to sleep.

When Thornridge subdivision residents in Rochester Hills were offered the opportunity to vote (December 2013) on leasing their common areas to the oil companies, 93.3% of the homeowners voted a resounding “NO.” Unfortunately, many of those same residents think that because we didn’t lease the Thornridge (or insert your subdivision name) common areas, the crisis has ended and we are safe.  Nothing could be further from the truth.  Since the leasing of Nowicki and Tienken parks on the West side and Stony Creek Cemetery on the East side, many other HOA Boards have signed over leases (with some violating their own by-laws).  This paves the way for oil companies to amass the acreage they need to compulsory pool the remaining land and drill beneath our subdivisions. THIS BATTLE is definitely not OVER.

Now that the Rochester Hills City Council’s kangaroo court has done a 180o, flip-flop shift and passed a six month moratorium against oil and gas drilling in Rochester Hills, many homeowners assume the crisis is over. Nothing could be further from the truth. Here are six reasons why it’s not time to celebrate.

1. Moratoriums are neither policy nor law. They are symbolic – not substantive.   Moratoriums are temporary in nature and hold virtually no legal sway over the future actions of oil companies.  You need only look at what is happening in Scio Township to see the truth. Scio passed a moratorium and still the oil company moved ahead and began drilling.  After the drilling began, Shelby Township passed a similar moratorium – but it was already too late to affect anything. The Rochester Hills moratorium was hastily prepared and passed. It is likely only symbolic in nature and lacks the due diligence to stand up in court.  You can compare and contrast it against the Scio document for yourself.  In short, the moratorium mostly represents clever political posturing and is designed to pacify voters rather than truly defend against drilling in our neighborhoods.  It isn’t OVER.

2. It’s extremely difficult to take the Rochester Hills City Council seriously.  We’ve been engaged with them for more than eight months now and they have been nothing but stubborn and combative.They claim that the Senate Bill 1026, sponsored by Senator Brandenburg and Senator Rocca, is the ‘game-changing’ bill that makes everything different.  This was their justification for the moratorium – in spite of the fact that they hadabsolutely refused to consider this option for the past eight months.  Who in any legislative position would consider making a policy decision based on a bill that hasn’t seen its first committee review or vote?  Senate Bill 1026, like any legislation, is likely to be substantially amended in dozens of ways before it is approved – assuming it is approved.  Consider also that Representative Lund is expected to offer another bill with similar scope – but very different details.  By the way, both Brandenburg and Lund were ‘for oil drilling, before they were against it.’  Rochester Hills City Council needs to review their “I’m Just a Bill” Schoolhouse Rock video. WE STILL HAVE WORK TO DO.

3. Until the City rescinds their illegal lease, the lawsuit filed by DDHI will remain in place.  The Mayor and City Council repeatedly act as if they are above the law.  DDHI’s litigation is designed to hold them accountable and determine whether or not the Mayor and City Council can interpret the Charter Amendment any way they choose.  The lease of Public Land provided overwhelming acreage to the drilling companies and jump-started the process of obtaining a drilling permit.  It also undermined our voting rights. THE FIGHT CONTINUES.

4. The City Council needs to get serious about ordinances to protect families and property from oil activities that take place both near and away from the well.  This means:

a) Regulating trucks and the roads which oil companies are permitted to use.

b) Regulating the locations and types of pipelines.

d) Requiring local baseline water and air testing – prior to establishing a well.

There are likely other particulars which can and should be covered by ordinance, but if we can establish good rules for these four areas, we will have a good foundation on which to build.  The Council announced they would send their 4-month old draft, which has not been shared with the public, to the Planning Council for action.  This is contrary to their stance of the last three months, when they went silent on all things oil and gas, citing the pending litigation.  Bottom line on ordinances – THIS AIN’T OVER.

5. The Rochester Hills City Council and Mayor need to properly represent us in Lansing.  They can start by pushing to revise the Michigan Zoning Enabling Act and establishing much larger, more realistic DEQ-mandated setbacks for all State residents, not just those fortunate enough to live in a city with more than 70,000 people. In the last three weeks, the Shelby well (at 25 Mile and Dequindre) forced the hands of people like Brandenburg and Lund to take action.  But Rochester Hills’ leadership has been sitting on their hands, doing pretty much nothing, for the past eight months. TAKE IT TO LANSING.

6. Finally, the Mayor and the City Council need to end their arrogant and condescending treatment of their constituents (example). When DDHI initiated this effort in December 2013, we approached the council with courtesy and deference.  What we received in return was ridicule, arguing over semantics and arrogance. Since then both sides have engaged in an increasingly contentious war of attrition.  It’s easy to forget that we, the people, are the ones who have been wronged.  The illegal lease violated the City Charter as well as Michigan statute. The Council very purposefully overrode our right to vote on the disposition of the parks as outlined in the Charter Parks Amendment of 2011.  They’ve done this not once, but twice.

DDHI has amassed a huge amount of institutional knowledge and information on oil and gas drilling operations and legislation in the past nine months.  There is virtually no oil and gas related issue we (collectively) don’t know more about than the seven council members and mayor.  We have graciously offered, even begged, to have a sit-down meeting with the City leadership to discuss the matter and jointly craft a strategy along with some realistic ordinances.  We’ve been rejected at every turn.  This only makes us question the motivation of our Mayor and his City Council.  Are they acting in the best interests of the citizens of Rochester Hills or are they serving their own hidden agenda?  THIS AIN’T OVER – NOTHING IS OVER…UNTIL WE DECIDE IT IS! (PG-13 link) 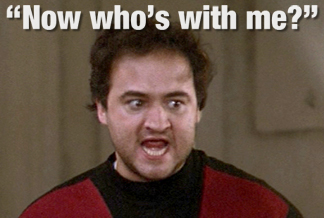 P.S. Kudos to Council Members Brown, Morita, and Wiggins for sitting out on the moratorium clown show.  They had no involvement in the misguided lease of the park property in late 2012/early 2013. But it’s high time to start helping to fix what your fellow council members broke.