A family has won a $3 Million lawsuit against oil company over health issues due to gas wells near their home.   Oil and gas operations should not take place in residential areas.  These are the health issues we at Don’t Drill The Hills are trying to prevent in Rochester Hills, Oakland County, and Michigan.  Help us, help you… join our Mailing List, Like us on Facebook.

Watch the Fox News video from before the verdict.

According to MSNBC, Bob and Lisa Parr sued Aruba Petroleum in 2011 for damages to their 40-acre ranch and for a host of health problems they and their daughter Emma have suffered from. Aruba Petroleum operate 22 wells within two miles of the Parr’s property.  The family has won the $2.925 million judgment against the energy corporation over damage to health and property caused by fracking operations.

It took three years, but a Texas family finally emerged victorious in a case that could long impact fracking companies and the impact they have on the communities in which they operate.

A Dallas jury favored the Parr family, which sued Aruba Petroleum back in 2011 after experiencing an array of health issues attorneys argued were the result of dozens of gas wells in the area.

The family was awarded nearly $3 million in what attorneys believe was the first-ever fracking trial in U.S. history. 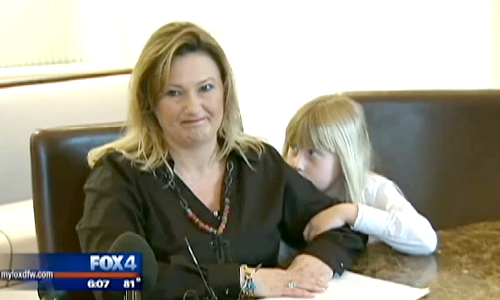 “They’re vindicated,” family attorney David Matthews wrote in a blog post. “I’m really proud of the family that went through what they went through and said, ‘I’m not going to take it anymore’. It takes guts to say, ‘I’m going to stand here and protect my family from an invasion of our right to enjoy our property.’

The family lives in Wise County, which is surrounded by gas wells from Aruba Petroleum and other firms. Bob, Lisa and their young daughter, Emma, all noticed the deterioration of their health in the months after fracking operations begin in the immediate area, some time in 2008. Lisa reported breathing difficulties, nausea and headaches, while Bob said he began having about three nosebleeds per week, compared to the rest of the 50-year-old’s life.

“We can’t drink our well water,” Bob Parr told FOX 4 of the Dallas-Fort Worth area in 2011. “We can’t breathe the air without getting sick.”

Young Emma also suffered nosebleeds, along with rashes and nausea. She was soon diagnosed with asthma. 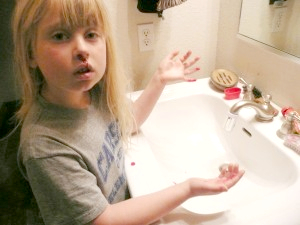 The Parr’s lawsuit certainly wasn’t the first lawsuit brought against an energy company for fracking-related health issues, however most plaintiffs are paid off with stern gag orders. In 2013, The Observer-Reporter in southwest Pennsylvania reported that Range Resources paid a family living near the Marcellus Shale wells $750,000 in a settlement that the company initially wanted to keep quiet.

The Parr victory could be a game-changer.

“When evidence of fracking’s impacts are shown to an impartial jury in a court of law, they find them to be real and significant,” Earthworks Energy Program Director Bruce Baizel wrote in astatement. “And it shows why the fracking industry is reluctant to allow lawsuits of this type to go to trial.

“Instead, fracking companies try to force out of court settlements that gag the harmed family as a condition for financial compensation. They almost always succeed, hiding from the public the proof of fracking’s dangers. Consequently, industry and government continue claiming fracking is harmless.”

“We hope this lawsuit will make regulators, in Texas and around the country, reexamine their assumptions about fracking’s dangers, and their responsibility to keep the public safe,” Baizel said.

“A lot of the earlier tort cases [against fracking companies] were dismissed because the industry was so successful at withholding information that people couldn’t draw connections between the problems and what industry were doing,” [Earthjustice managing attorney Deborah] Goldberg told ThinkProgress. “Now studies are starting to be done, and people are beginning to realize that they can document what the impacts are going to be.”

…A gradual increase in information about fracking’s health impacts was probably the reason the Parrs were able to prove to an unbiased jury that they were, in fact, harmed, Goldberg said.

“[The companies] really had an effective campaign of secrecy that protected them,” she said. “But now, as we get more and more information about what the impacts of this industry really are, I think we’re going to see more and more of these kinds of verdicts.” 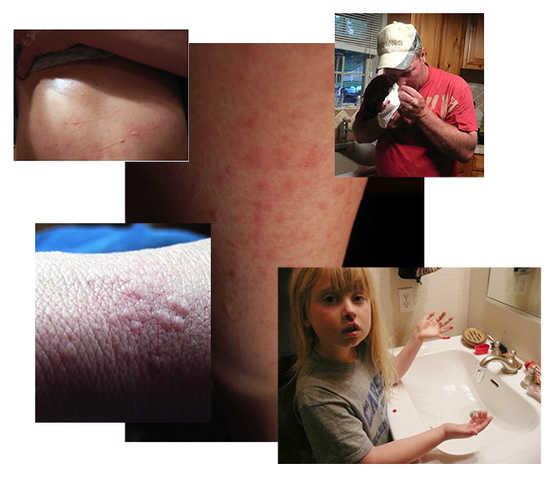